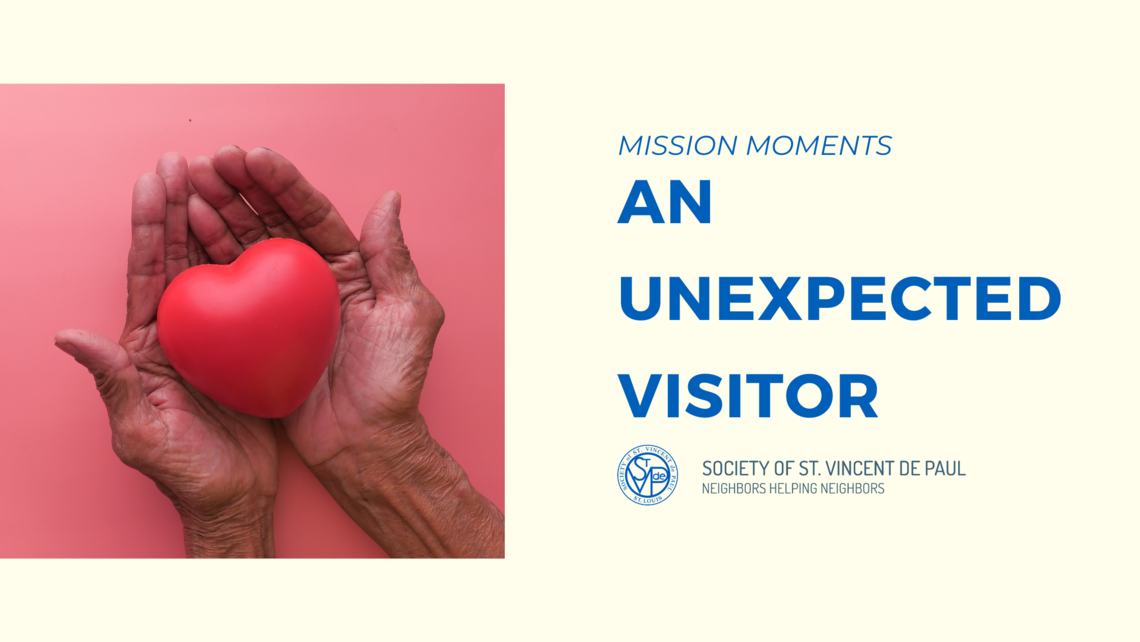 He had no transportation, no clothes, and he could barely talk or stand on his feet.

While the National Council staff went to get him food, Ryan Carney called Craig Korte at the Creve Coeur Thrift Store to ask if he could spare a pair of shoes, a shirt, and pants. Craig responded immediately and filled a large bag with 3 pairs of shoes and several pairs of pants and shirts.

The man’s face lit up when he saw the clothes. He took each item out, inspected and folded it, and bragged how good he would look in his new clothes.

The difference this act of kindness made was indescribable. It helped bring him to his senses, and soon after, he was communicating more clearly. SVdP was able to reconnect him with his case worker and get him to the shelter.

A big thanks to Craig, his team, and the staff at the National Council Office for this wonderful display of Vincentian service to those in need.

After Joseph lost his daughter in early 2021, he gained custody of his 7 grandchildren. Struggling to pay his bills, his water got disconnected.... END_OF_DOCUMENT_TOKEN_TO_BE_REPLACED

Sharon has two children and a newborn baby. She made ends meet by working for food delivery apps, but her life was stopped in... END_OF_DOCUMENT_TOKEN_TO_BE_REPLACED

When Teresa and her husband Michael first reached out to the Society of St. Vincent de Paul, it was just for help with the... END_OF_DOCUMENT_TOKEN_TO_BE_REPLACED